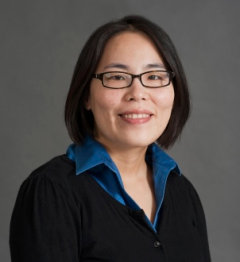 Bio: Miryung Kim is an associate professor in the Department of Computer Science at the University of California, Los Angeles. Her research focuses on software engineering, specifically on software evolution. She develops software analysis algorithms and development tools to improve programmer productivity and her recent research focuses on software engineering support for big data systems and understanding data scientists in software development organizations. She received her B.S. in Computer Science from Korea Advanced Institute of Science and Technology in 2001 and her M.S. and Ph.D. in Computer Science and Engineering from the University of Washington under the supervision of David Notkin in 2003 and 2008 respectively. She received various awards including an NSF CAREER award, Google Faculty Research Award, and Okawa Foundation Research Award. Between January 2009 and August 2014, she was an assistant professor at the University of Texas at Austin.