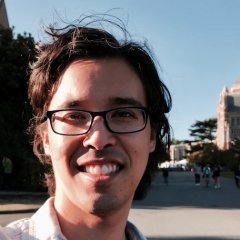 Andrew J. Ko is an Associate Professor at the University of Washington Information School and an Adjunct Associate Professor in Computer Science and Engineering. He directs the Code & Cognition Lab, where he invents and evaluates interactions between people and code, spanning the areas of human-computer interaction, computing education, and software engineering. He is the author of over 90 peer-reviewed publications, 9 receiving best paper awards and 3 receiving most influential paper awards. In 2013, he co-founded AnswerDash, a SaaS company offering instant answers on websites using a selection-based search technology invented in his lab. In 2010, he was awarded an NSF CAREER award for research on evidence-based bug triage. He received his Ph.D. at the Human-Computer Interaction Institute at Carnegie Mellon University in 2008. He received degrees in Computer Science and Psychology with Honors from Oregon State University in 2002.